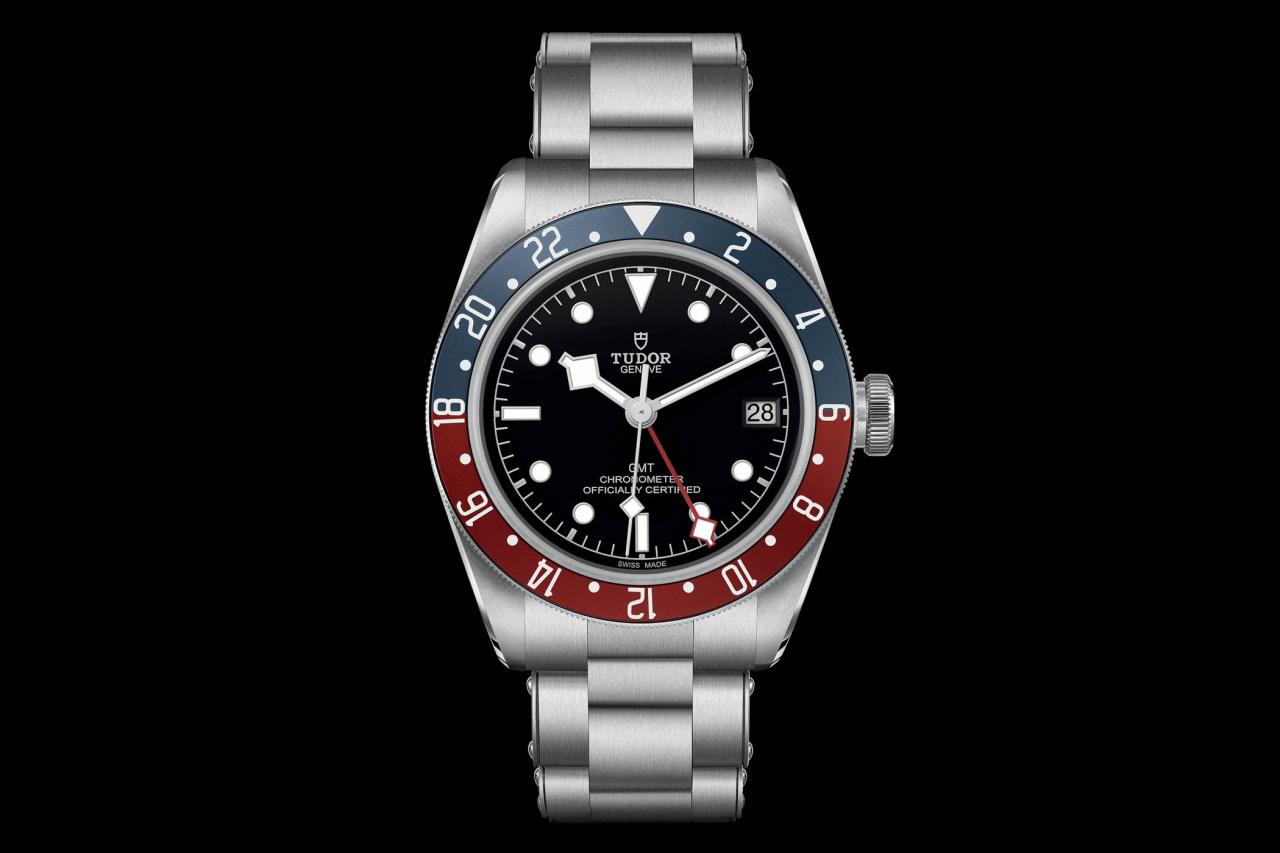 Tudor’s Black Bay GMT watch would’ve gotten a higher spot if it weren’t overshadowed by a certain other GMT watch which made it into the Top 5. Still, for those who cannot or do not want to spend the amount of money that costs, they can still get a sporty GMT watch with a coloured bezel and robust movement inside. I must say that it lacks a little verve on the design side, that bezel will only take it so far, but it still has a touch of class to it and can be worn for pretty much any occasion. Read more here 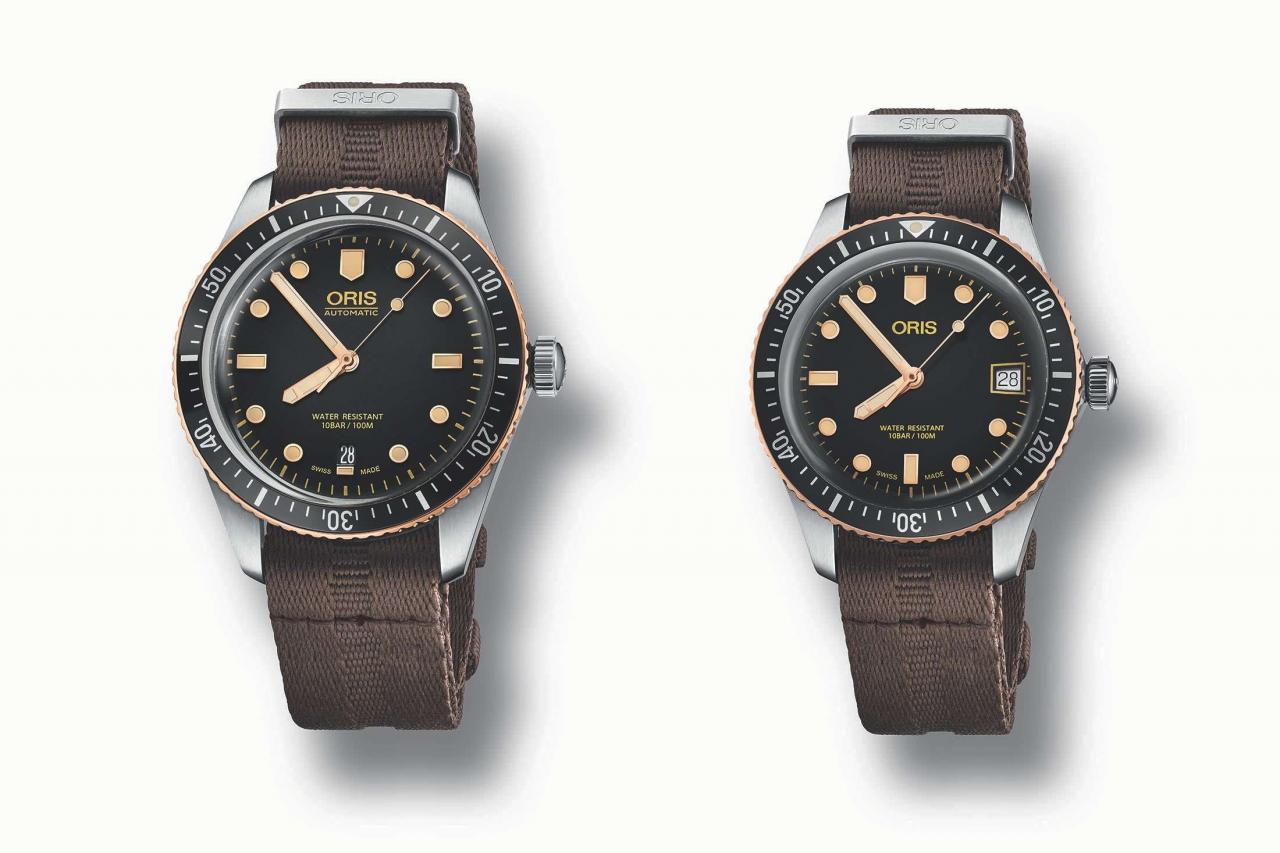 This classy little number comes from the surprisingly chipper brand Oris. As well as making decent and affordable timepieces, they have also been on something of a roll lately with their historical watches, especially the Divers Sixty-Five collection. This one, available in both 36mm and 40mm uses a touch of bronze on the grip of the bezel and rose gold PVD on the indices and hands to create a unique, almost aged look. But, Oris should be careful, they could upset fans if they try to make it look more aged than it is (seriously, fake patina or fauxtina, is a big thing for some). Read more here 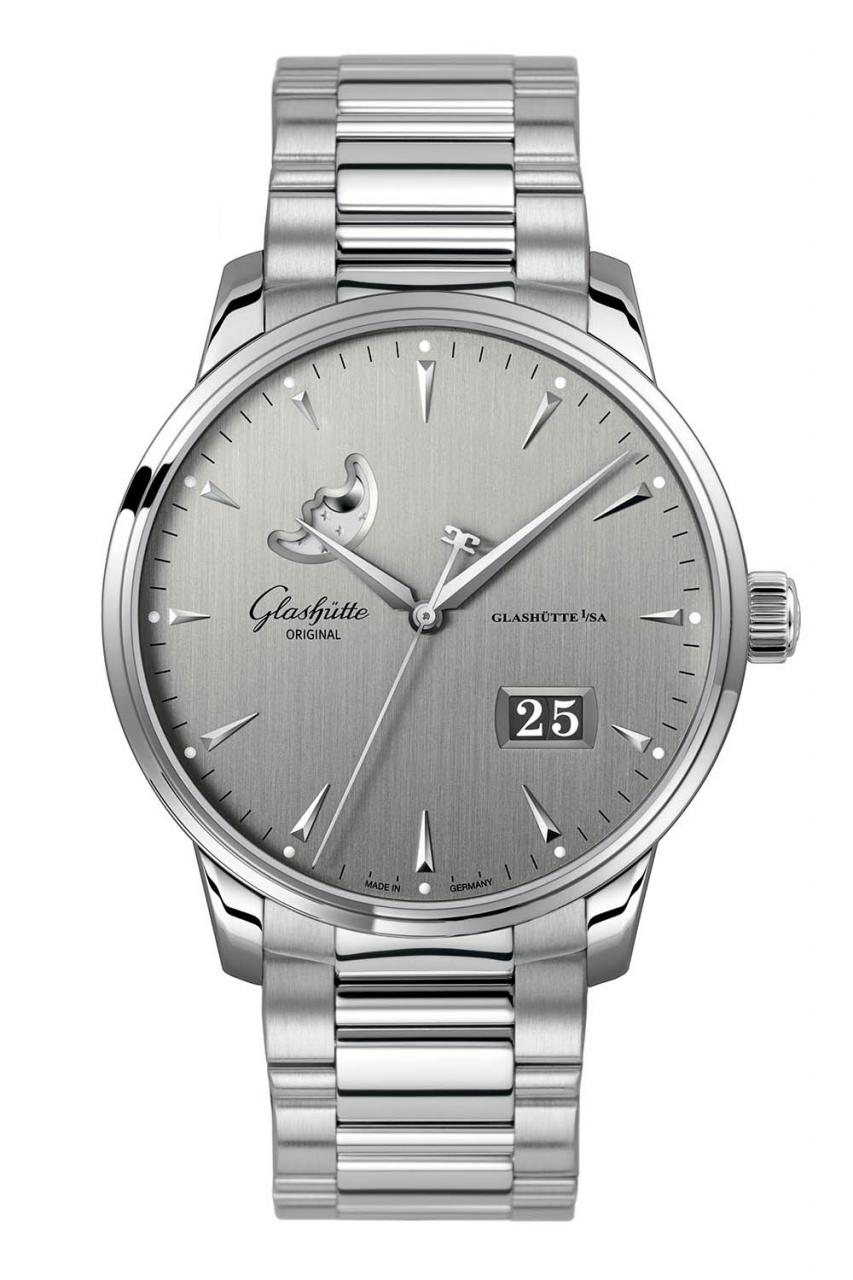 This had to be included simply because of how much I love the silver dial version alone, that moonphase is the stuff of dreams. Glashutte Original has been working hard to ensure that its collection doesn’t go unnoticed. The Senator Excellence launched in three new dial colours: blue, silver and white, and came either with or without a moonphase. Both use the same automatic movement, albeit with that extra complication in some cases. I feel that this works best on the brushed/polished stainless steel bracelet, but leather straps are cheaper to purchase so it balances out. Read more here 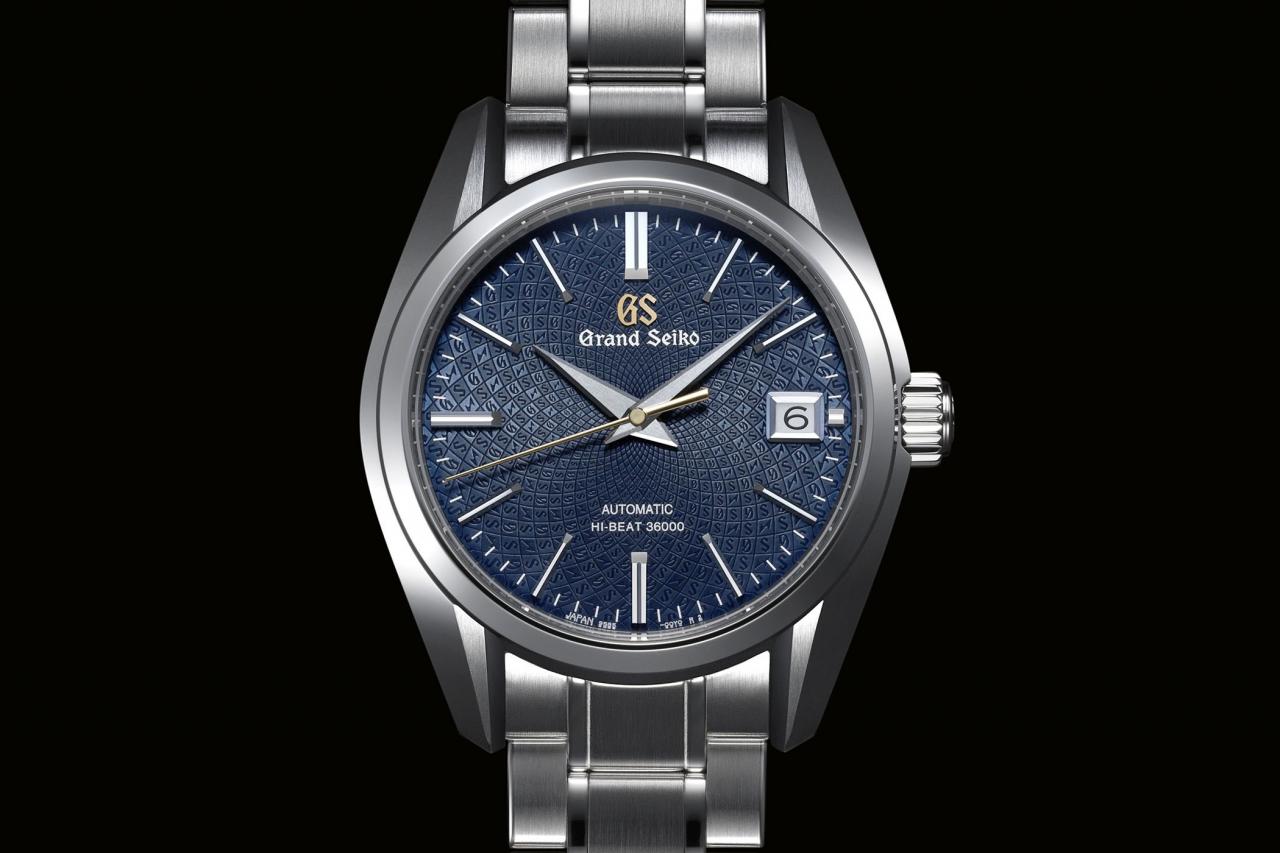 This year, Grand Seiko is celebrating 20 years of the calibre 9S. Designed from the ground up with long-term durability and reliability in mind, the calibre 9S powers quite a few watches in the Seiko lineup today. The model I’ve chosen, SBGH267, is particularly appealing because of the blue dial with engraved symbols on it, as well as the blued rotor on the rear which is a full circle like you’d see on a Speake Marin watch. At 39.5mm in diameter, it’s also dressy and restrained, but thanks to a steel bracelet it’s also a little sporty should one require. Read more here 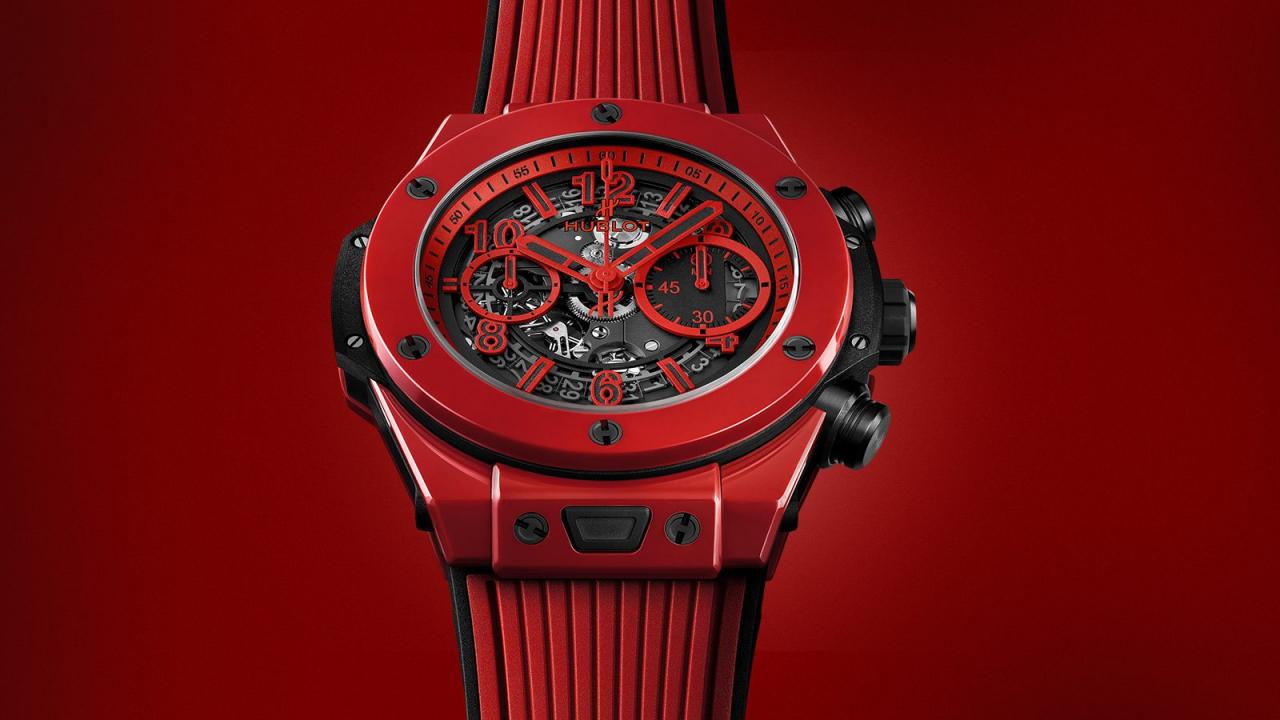 Hublot’s usage and mastery of high tech materials is well known throughout the industry, only a small handful of companies, including Panerai, does anywhere close to the work they do. This year they unveiled the Unico Red Magic, one of the first watches made of coloured ceramic and the result of over four years of research. Although it’s not technically a limited edition for their partner, Ferrari, it could certainly pass as one and I’m sure there will be one in the future. It’s using the in-house made Unico movement which is simply fantastic. This is one of the best this year. Read more here

5. Omega Speedmaster Dark Side of the Moon Apollo 8 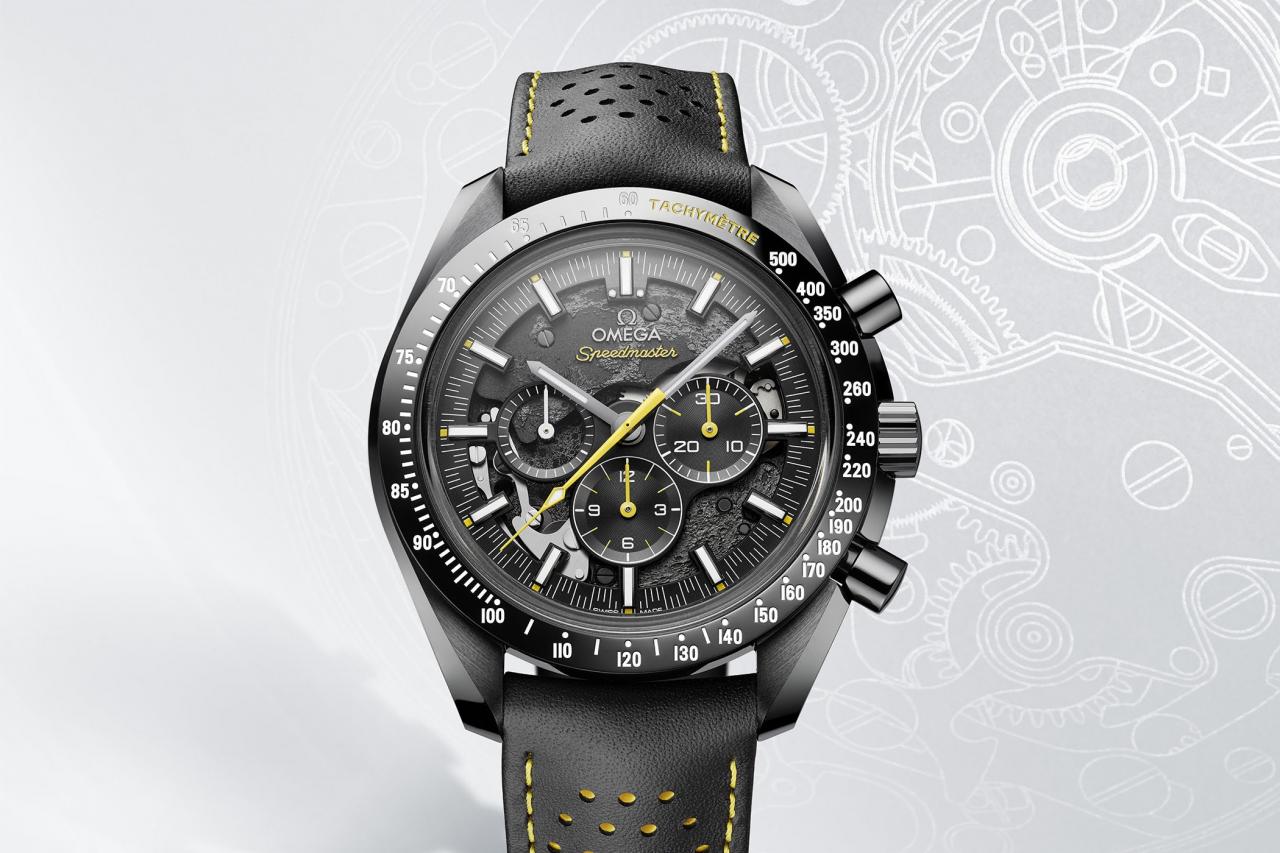 I must admit, when I first saw this new watch I thought people would balk at it. Here comes Omega again with another limited edition ceramic thingy etcetera. Instead, I was very surprised to see the awesome looking Lemania based calibre 1869 in there looking all black and laser blasted and textured a little like the surface of the moon. Couple the black with a splash of vivid yellow on the dial and the strap and you have a genuinely awesome sports chronograph. Read more here 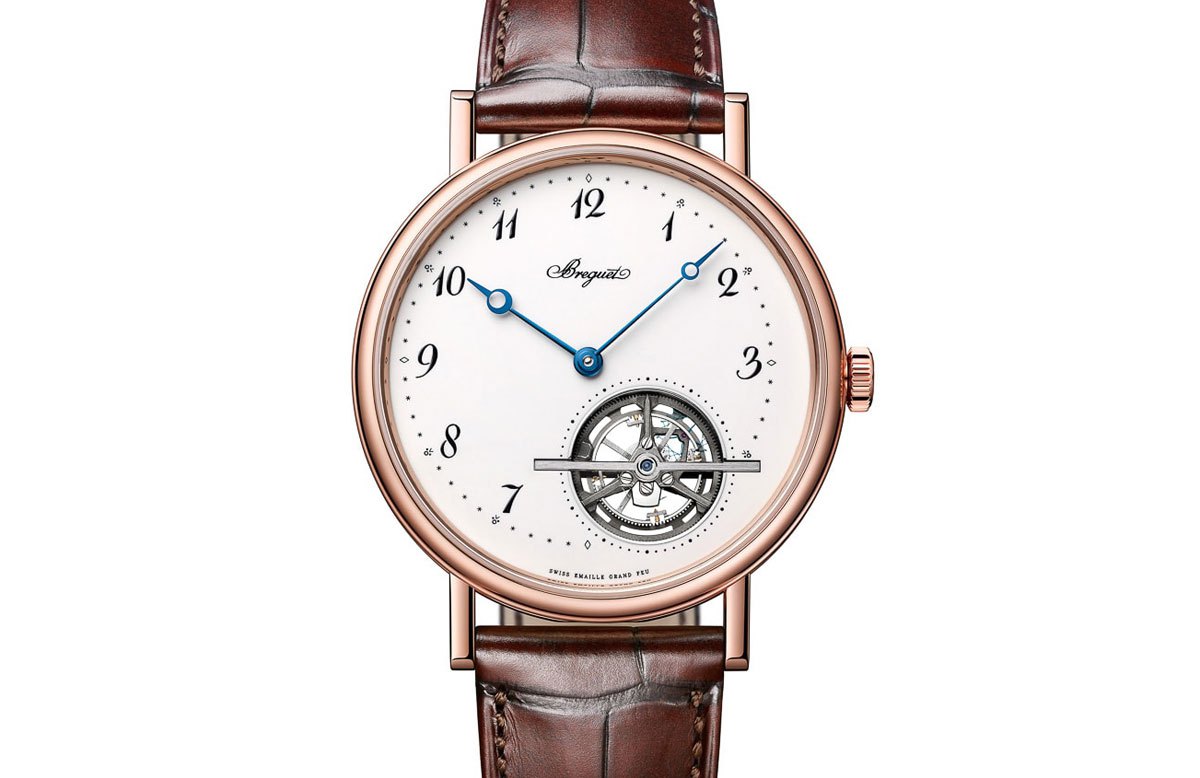 Coming in on the number 4 spot is a watch we weren’t really expecting. Sure, these brands like to flex their muscles when it comes to artwork, but even then the enamel stuff is usually left to Breguet’s sister brand Blancpain. I like the amount of attention to detail that’s gone into the dial on this watch, not that I wasn’t expecting it of course. To cut a very precise hole in the dial for the tourbillon (and the extra grooves for the tourbillon bridge) requires a delicate hand and shows the very top echelon of watchmaking. I feel it’s missing out now that there is no power reserve, though. Breguet’s long thin hands mean the dial would remain uncluttered. Read more here 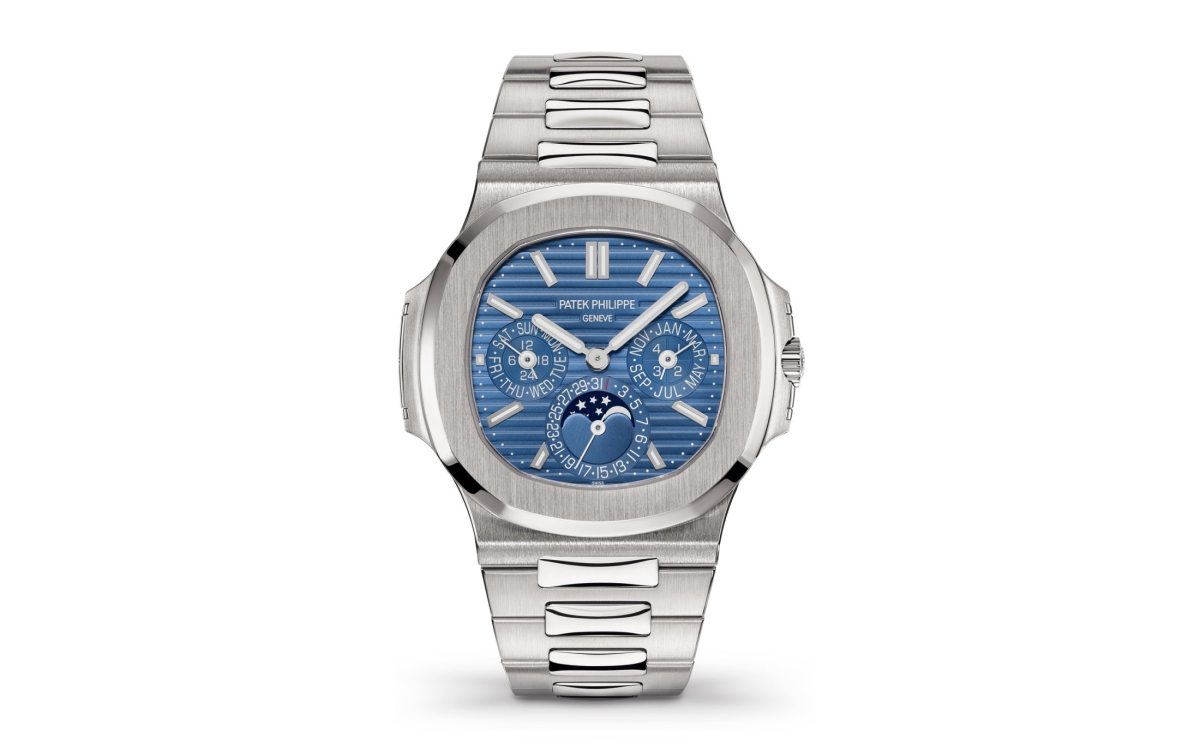 Put on the list at the request of the Masthead, the Nautilus Perpetual Calendar is a most unusual watch. It combines a movement we’ve seen in other Patek watches with a case we’re already familiar with. It, therefore, gives the feeling that it’s been with us for a couple of years now, when it actually hasn’t. That’s not implying in any way that this design is tired or boring per se, but it has made some clearly nervous that even the great Patek Philippe is running out of ideas, at least they have that new World Time Minute Repeater. Read more here 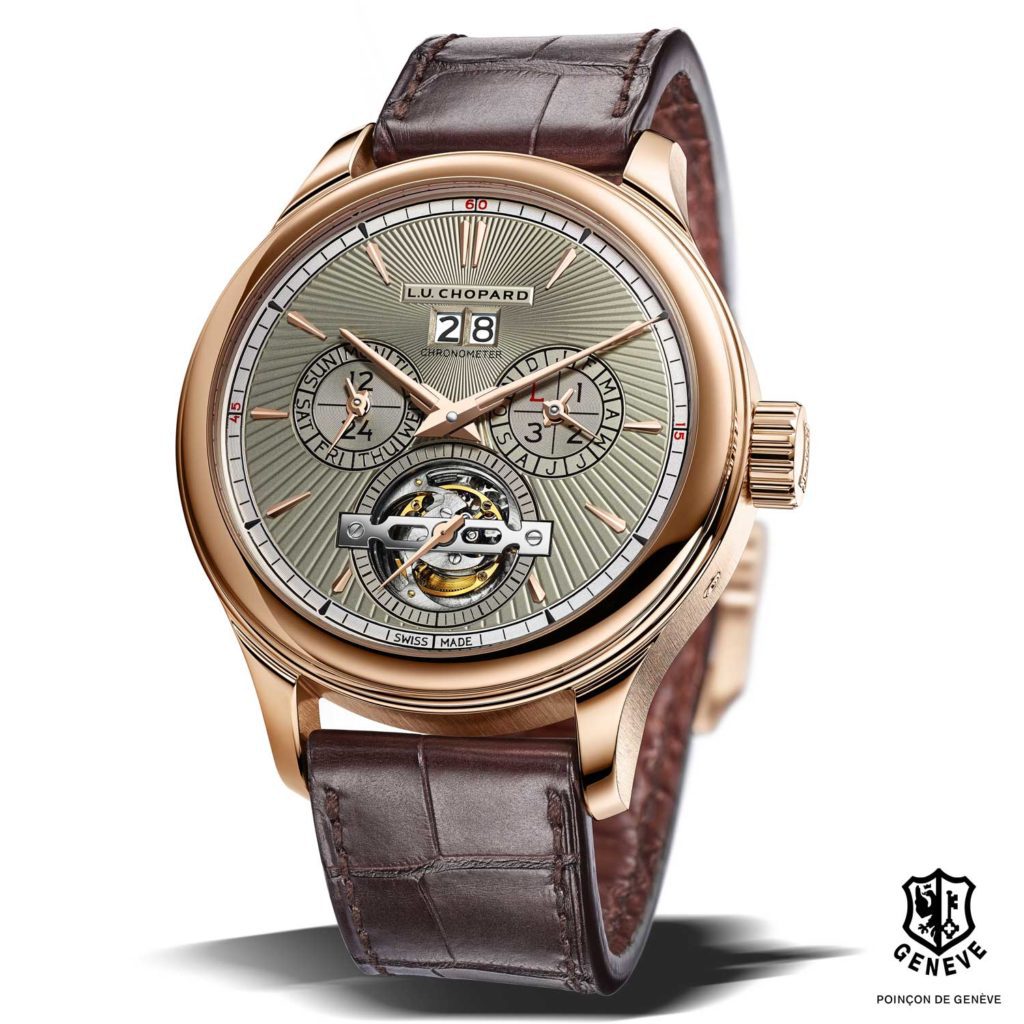 Chopard’s lineup this year really wowed the audience, but the most eye-catching wasn’t the bright and colourful Mille Miglia range, but the far more sophisticated, and expensive, L.U.C All-In-One. If this doesn’t make people take Chopard seriously as a player in the Haute Horlogerie world then nothing will, because it has all the hallmarks of the trade. As well as a COSC Chronometer and Geneva Seal, there’s also a perpetual calendar, tourbillon and the whole star thingy going on around the back, and the equation of time for good measure. The only thing this watch was lacking was a chronograph, but the watch might be too thick to wear. Read more here 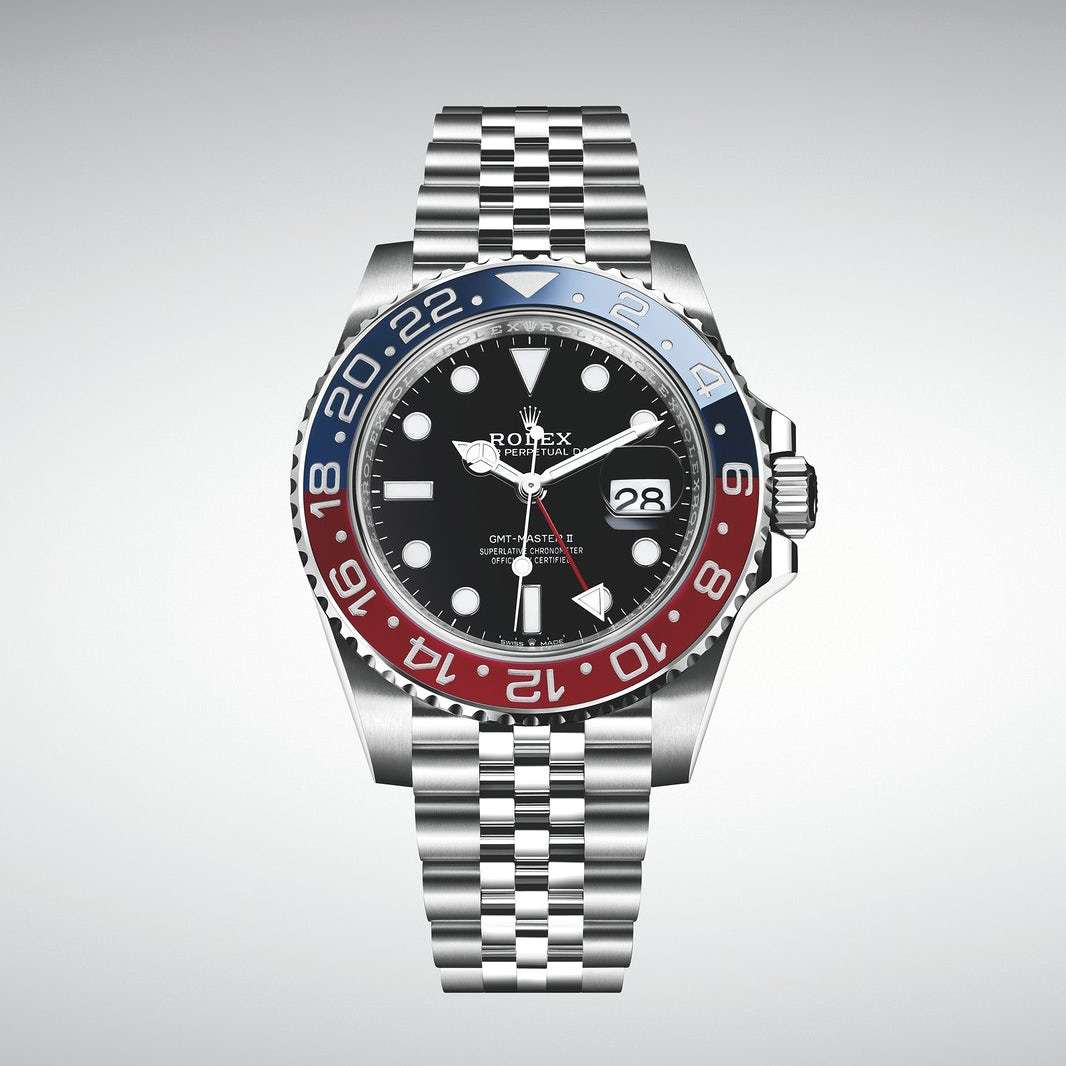 Just nudging Chopard aside for the number 1 spot on our list is the thing we were all waiting for, the GMT Master II. Yes, I am aware that this watch is somewhat predictable, there was an enormous amount of hype surrounding this release, as there is with pretty much every Rolex release. Still, the updated movement will keep the fans happy, along with the fact that it’s a return to the Rolex history pages on that classy Jubilee bracelet. I wonder what effect this will have on the BLNR’s value. Read more here

This year’s Baselworld was all about evolution rather than revolution, though a few brands introduced brand new watches, most seemed to have played the safe game and changed their collection around a bit. If it’s working though, why should they change?